Skip to main content
Labels
Posted by Miranda May 15, 2020 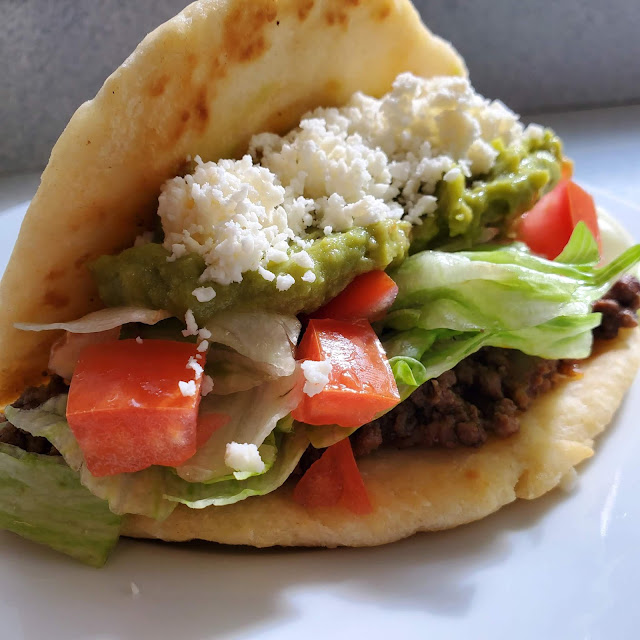 Have you ever heard of Indian Fry Bread? The first time I ever heard about it was two months ago when I was watching the nightly news and a story came on talking about a popular bread that had become the one of the most searched recipes on Pinterest. When I first saw a picture of them, I immediately thought of the Taco Bell Chalupas. I can honestly say that the bread is very similar in taste and texture. It can be made to be sweet or savory depending on what you put on it. You can add honey, jam, or sprinkle them with cinnamon and sugar when they come out of the pan. Fry bread can also be used as a bread for sandwiches or a great side to soups and stews. 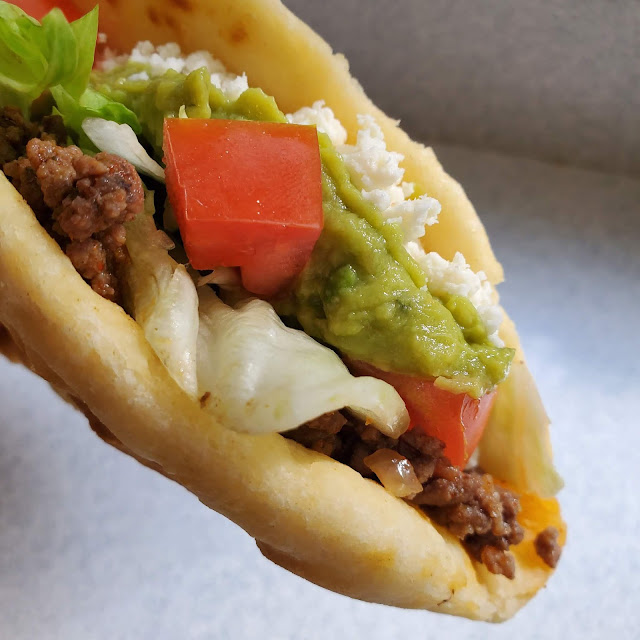 There are so many ways you can use this versatile bread. The bread is crisp on the outside and tender and flaky on the inside. You can fold them in half or leave them flat to make a hearty tostada. Whatever way you decide to eat them, Indian Fry Bread is a quick and delicious bread you can make any time in about 30 minutes.

For this recipe, you will need the following ingredients:

1. In a large mixing bowl, add the flour, baking powder, salt, and shortening. Use a fork to mix the ingredients together. Add the milk to the dry ingredients. Use a wooden spoon to mix ingredients in with the milk to form a ball of dough. If dough is till a little too dry, add a tablespoon of milk at a time until it forms into a ball nicely. 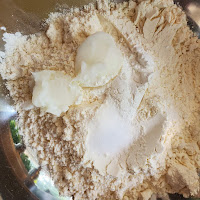 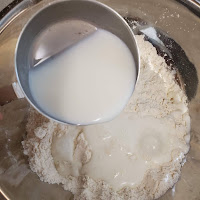 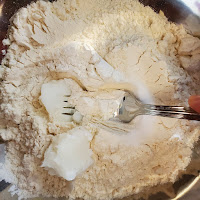 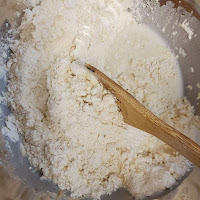 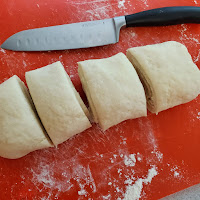 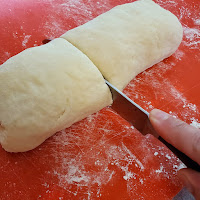 3. Place rolled out dough on a plate with pieces of parchment paper between each piece. Continue until you have rolled out all eight pieces. 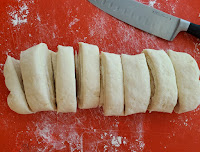 4. Heat the oil and butter in a nonstick frying pan on medium high. 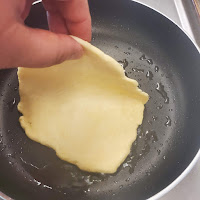 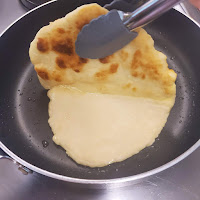 5. Using tongs, carefully dip half of the dough into the hot oil. Once that half of the dough has begun to fry up but not quite brown, flip the dough over and fry the other side. Flip the fry bread over and do the same on each side. You can also just lay the dough in the oil and fry each side, but the fry bread may break in the middle once you try to bend it to make a taco. Once cooked, place on a plate lines with paper towels. 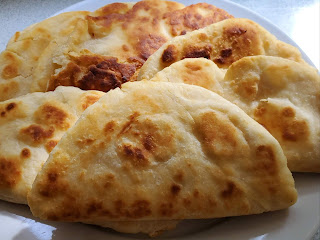