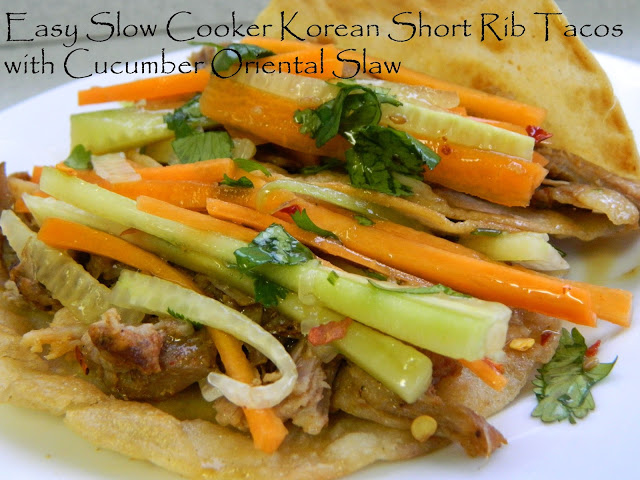 Remove meat from pot, discard bones. Place in the fridge to chill.
Meanwhile, skim fat off the top of the sauce. Place in a sauce pan and simmer until thickened.

Once meat is cool, pull apart with your fingers. Pour about 1/2 cup of the sauce back into the meat. You may serve the extra sauce on the side or discard it.

For the cucumber slaw:

Add 1 tbsp oil to a non stick frying pan. Heat until oil is hot and add corn tortillas. Brown on both sides. Keep a close eye on them as they cook very quickly. Drain on a plate lined with paper towels.
Serve meat on a crispy tortilla topped with slaw and additional cilantro.