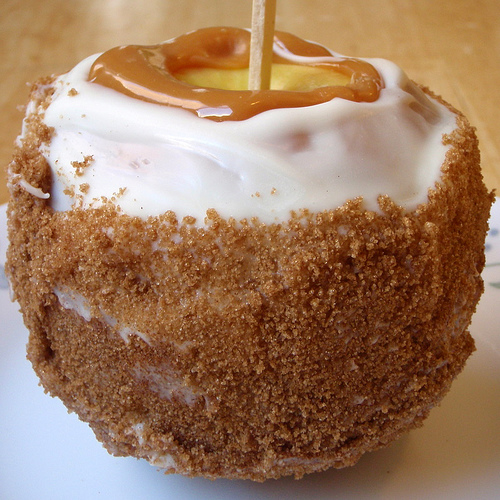 Sorry I haven't posted in a while; the main reason is that I've been traveling, namely to San Francisco, the land of the Ferry Building Farmers Market, Zuni Cafe, and garlic fries at AT&T Park. Got a lot of inspiration from the trip, and I'm sure I'll be posting about that in the near future, but right now I want to talk about the Rocky Mountain Chocolate Factory's apple pie apple. 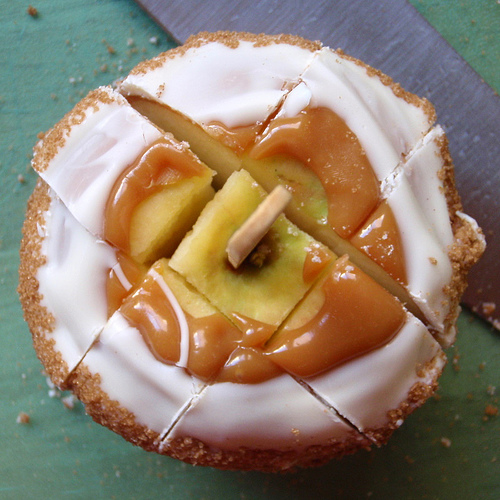 First of all, yes, it is one of those strange foods that have the name repeated in the modifier, e.g. chicken fried chicken. It's just one of the many awesome things attributed to this confectionary delight. Take an apple, dip it in caramel, then white chocolate, and then roll it in a mixture of brown sugar and cinnamon and voila! An apple pie apple. I used to grab one of these every time I had to travel through the Charlotte airport and was a bit sad when I stopped going down that way, but then I found out that they opened a Rocky Mountain Chocolate Factory in O'Hare airport, which I travel through a lot more!

To read more and view this amazing recipe from The Cooking of Joy click on link to visit their site: www.the-cooking-of-joy.blogspot.com