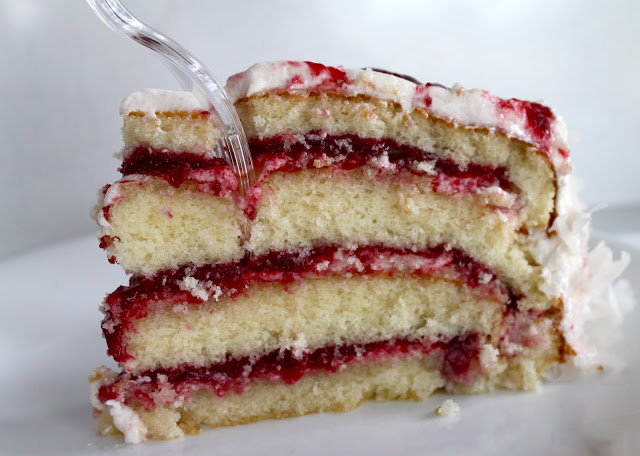 Then there was the time that I was going to make Grandma a birthday cake. I was planning on having a custard filling and a raspberry filling, but the custard didn't ever get thick enough, so I ended up just doing the raspberry. Then I didn't let it cool enough because I was being too impatient, so some of the raspberry filling squirted out the sides and made it really ugly. But otherwise, I would never have had the idea of covering the sides with coconut. So it ended up being sort of like a Hostess Raspberry Zinger. Only better. Divine Providence!

To read more and view this amazing recipe from Yammie's Noshery click on link: www.yammiesnoshery.com