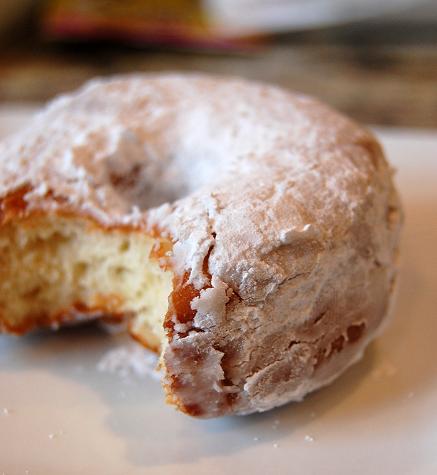 So I was a little boring this time around. Nothing fancy to say the least. However, I did go out of my comfort zone. See, I make cake doughnuts all the time at home, but yeast doughnuts…that was virgin territory. What I got were very interesting results. For from the same batch I had some doughnuts that rose like sky scrapers and I had some that didn’t rise at all. Hmmm. I must say that I was stumped. I mean, I make yeast bread often. And when you make yeast bread, it either rises, or it doesn’t. Parts of the bread don’t rise and other parts do, so to say I was perplexed was putting it mildly. It could have been the fact that I had to get up early to make these babies(my brain is not known to function at that time of day).

To read more and view this delicious recipe by Culinary Concoctions by Peabody by clicking on link: www.culinaryconcoctionsbypeabody.com