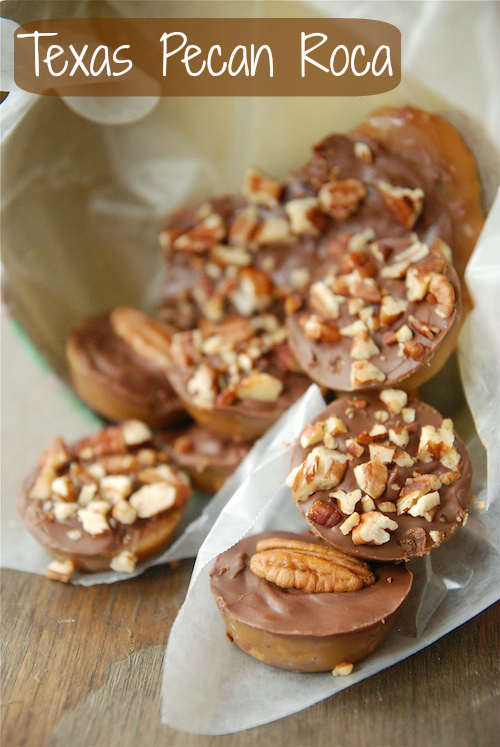 So when I happened to walk into Winn Dixie last week and saw a big display saying “Texas Pecans”, I bought the last two bags. After eating half of the first bag, I used the rest to make Texas Pecan Roca. It’s like Almond Roca…but Texan. And with pecans, because they are better.

Since I have mental issues, I wanted them to be individual and better than traditional Almond Roca bark. Most homemade Almond Roca is made in a giant sheet and then broken into bark. Which is great for Almond Roca, but this was Texas Pecan Roca…and it deserved a little more attention.
To read more and view this delicious recipe from The Novice Chef click on link: www.thenovicechefblog.com