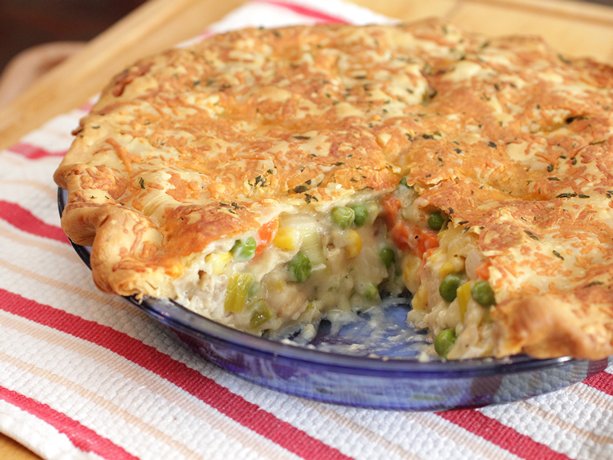 Sprinkle 2 tablespoons flour on work surface; unroll second crust on surface. Sprinkle cheese and thyme evenly over crust, pressing into crust with hands, then with rolling pin so most of the cheese gets pressed into the dough.

Bake 30 to 40 minutes or until crust is golden brown. Let stand 5 minutes before serving.